“We have the experience and expertise to find solutions to business concerns that can keep you awake at night.” ~David Nabity

David is the President of Nabity Business Advisors, LLC (NBA), a firm that provides transition, succession, and estate planning for owners of closely held businesses. Often, the owners are looking to transition out of the business or find a way to sell the company to the next generation or their management group.

David started in the life insurance business at the age of 19, basically at the same time he got married. By the time he was 24, he opened his own firm that specialized in assisting owners of closely held businesses with estate planning, buy-sell agreements and retirement planning. While working and raising his children, David studied at the University of Nebraska at Omaha and the American College in Bryn Mawr, Pennsylvania, where he obtained his financial designations including CLU, ChFC and LUTCF. He also obtained numerous securities licenses to enable him to provide investment advisory services to his clients.

David not only became a specialist in working with family-owned business enterprises, he also became very well known for his political and public policy ideas. He has been an outspoken advocate for small business and the private sector through his lobbying to limit government intrusion and over-regulation of private industry.

His public career began with an appearance on KFAB radio’s Gary Sadlemyer show, which gave rise to his position as KFAB’s Business and Financial News Editor. That led to a position as on-air Business and Financial News Commentator at WOWT Channel 6 television station. A few years later, David joined KKAR radio station as their Saturday morning talk show host for “Money Wise.” The program centered on issues facing small business owners and often featured professional and business leaders who informed individual investors and Omaha’s business community about issues impacting them.

In the past few years, David has been a regular talk show personality for KFAB radio station in Omaha (www.kfab.com) hosting their Saturday Morning News show.

In 1995, Randy Jensen, CFP®, joined David’s firm as a partner to manage the investment advisory division of the company. Randy and David formed Nabity-Jensen Investment Management, Inc., a Registered Investment Advisor, and transitioned to a full-service fee-based financial advisory firm. Randy’s management of investment services allowed David to pursue his first love: working with business owners to help them solve many of the financial problems they face.

Over the years, David has been active in a variety of civic, church and political organizations, including taking a leadership role in numerous organizations and boards. His commitment to public service led David to run for the Republican nomination for Nebraska governor in 2006 and for Mayor of Omaha in 2013. Although David was not elected, his ideas and influence have had a major impact on the public policy decisions that have followed.

David isn’t just about business and politics; he does like to have some fun by performing with a smooth jazz band as an accomplished drummer. He also founded the Midwest Smooth Jazz Society and has worked hard to create opportunities for musicians to perform and provide exceptional musical experiences for the people of the region.

He is also very active in marriage and men’s ministry activities that inspire others to have strong marriages, strong character and victory over life’s painful experiences that often keep them from becoming their best.

His greatest accomplishment and passion is being husband to his wife Kim for 43 years. Together, they raised seven children and are blessed with 13 grandchildren.

Born and raised in Omaha, Nebraska, Andy’s zeal is for his city. He is a graduate of Omaha Central High School and the University of Nebraska at Omaha, where he earned his Bachelor’s degree in accounting and his MBA.

Andy began his career as a financial accountant, managing the general ledgers of several large advertising agencies. Although he enjoyed the challenges that came with maintaining the finances for large, complex international organizations, Andy felt compelled to play a more active role in the Omaha business community.

At Nabity Business Advisors, he does just that. Andy thrives working with business owners to develop innovative plans for the future and to solve complex financial puzzles in the day to day. He is licensed to provide investment advice and has a strong background in managerial accounting. This combination enables him to solve some of companies’ toughest problems.

Andy and his wife, Kelsea, strive to live holistically healthy lives. Together, they are active in their faith and fitness communities and are passionate about bridging the two. They coach at a gym in their free time. There, they discovered that among many gym-goers the hunger for health is deeper than physical well-being. This led them to develop a ministry that promotes discipleship within the fitness community.

When Andy isn’t pursuing his passions in the business, faith, and fitness worlds, he spends his time reading, fishing, hunting, or working on his old Jeep. 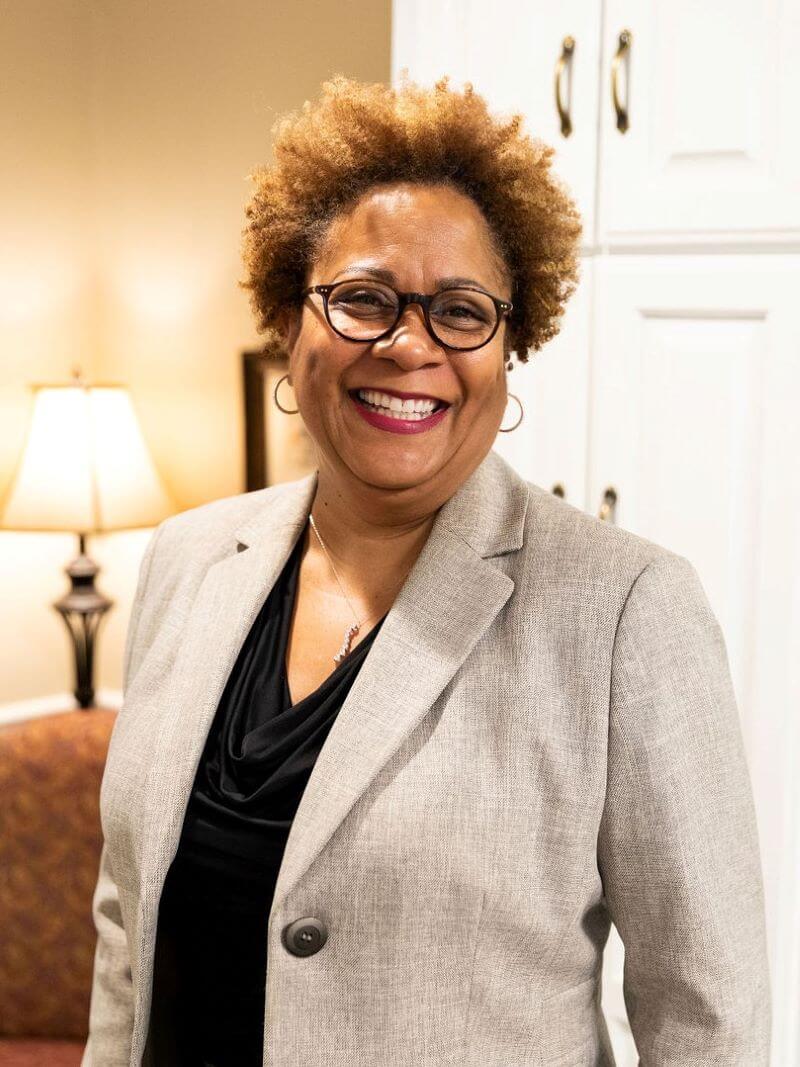 Felicia manages day-to-day operations for Nabity Business Advisors and serves as the Underwriting and Client Services Manager. Her responsibilities include underwriting, client services, office and property management, client services, scheduling, and planning events with a commitment to providing excellent service to both internal and external clients.

Prior to joining the firm, Felicia enjoyed serving the constituency of Nebraska’s 2nd Congressional District for two U.S. Congressmen in the House of Representatives. She managed responsibilities in several different roles to include District Director, Outreach Coordinator and Case Manager. She also served youth in the community as the Assistant Unit Director of Girls Club of Omaha, and Deputy Director for the UMCC Wesley House Leadership Academy where she was responsible for overall operations of the nonprofit, overseeing and supporting the needs of organizational leadership and youth participants. Felicia’s customer service experience began with Prudential and led her to SITEL Corporation as the Director of Account Management.

In her spare time, she has dedicated many years to youth through her work and volunteerism with the Leadership Institute for Urban Education, Habitat for Humanity, Scatter Joy Acres, Civil Air Patrol, the Nebraska Foster Care Review Board, Nebraska Foster and Adoptive Parents Association (NFAPA), the Papillion-LaVista, and Bellevue Public Schools in the Positive Behavioral Interventions and Support (PBiS) programs, Toys for Tots, The Marine Corps League (Miguel Keith Detachment #609), and The Wounded Warrior Family Support organization.

Felicia and Joel have been married for 46 years. They have seven children, seven grandchildren, and have shared their love and home with many foster children over the years. She loves spending time with family, practicing her love language of baking, cooking, and recipe experimentation.